Our Brains on Fear & Empathy

Our Brains on Fear & Empathy

The Science of Countering Anti-Muslim Sentiment

(First in a two-part series)

This weekend, I was featured in a story by Arun Venugopal for NPR’s On The Media.

On the Media was examining the efficacy of different social media campaigns to halt a rising tide of anti-Muslim sentiment in America and abroad – especially in light of the gruesome acts of extremists in Iraq and Syria.

During my interview, I said that it was important to try to understand the fear and confusion that some, perhaps even many, Americans have about Muslims and Islam.

For American Muslims and for those of us who see ourselves as progressive allies of a vibrant pluralistic society, this may feel like a step backwards.

Based on other successful public education campaigns that I have developed, working to understand people’s fear is a critical first step to appealing to people’s better angels.

Fear: How our downstairs brain, which is focused on keeping us safe, makes us suspicious of others

First, it’s important to understand that fear is our brain’s way of keeping us (and our species) alive.

Fear is regulated in our downstairs brain – a part of our brain called the amygdala. The amygdala, at an evolutionary level, is the oldest part of our brain. It is responsible for innate reactions and impulses that we have about the world around us – especially things that might harm us.

When our reptilian ancestors were making their way through the world millions of years ago, their brains were focused on spotting things that were different, new or unfamiliar.

Today, our downstairs brains continue to be attuned to people and things that are different or unfamiliar to us. When we notice something new or unfamiliar, our brains begin to develop what my psychologist colleague, Dr. Phyllis Watts, calls a mental template.

Mental templates help our brains remember how to relate to different, new or unfamiliar things, especially those things that may pose a risk to us.

Now, for those of us who are not Muslim, but who have many American Muslim coworkers, friends and neighbors, we are more likely to have the types of experiences that allow us to see Muslims the way that we see others in our social circles – going about their lives raising families, working hard, giving to charity and contributing positively to the fabric of American life and culture.

Those who know few, if any, Muslims are likely developing a limited, highly flawed mental template of Muslims. That’s because mainstream news performs a type of shock and awe assault on their psyches.

Those who know few, if any, Muslims are likely developing a limited, highly flawed mental template of Muslims.

Because of a gap of knowledge based on real-world experiences with American Muslims, many Americans likely construct an inaccurate mental template of Muslims.

With an inaccurate mental template, many Americans’ downstairs brains are highly activated. In other words, when they hear or read about Muslims in the news, fear is driving their impulses and reactions.

It’s important to know that when our amygdala has been activated, it can shut down or limit access to our upstairs brain – where empathy resides. It does this in order to respond to fear and our evolutionary focus on survival.

This makes it very difficult for them to “hear” the type of intellectual messages that are meant to counter the negative stereotypes their minds have constructed because of all of the negative “noise” in their downstairs brain.

Empathy: How our upstairs brain can appeal to our better angels

Empathy is the ability to understand and to imagine another person’s experience. In other words, it is the capacity to walk in another person’s shoes – including those who are different from us.

Empathy is critical to our efforts to counter a rise in anti-Muslim sentiment in America because as my colleague, Phyllis Watts, often says, “empathy is a precursor to altruistic behavior” (a person doing something that benefits others even if it doesn’t benefit them).

In other words, empathy helps to appeal to what Abraham Lincoln called the “better angels of our nature.”

The good news is that according to Roman Krznaric, author of Empathy: A Handbook for Revolution, 98% of humans are hardwired for empathy.

Great, so most of the world’s humans have the ability to understand or imagine other people’s perspectives – including what it must be like to be judged for the sins of others.

However, above, I just mentioned that it could be difficult for humans to even access their capacity to empathize if their amygdala is operating on overdrive.

There are several strategies to help to calm the downstairs brain so that we have access to empathy.

The first is to normalize or acknowledge the negative emotions that your audience is feeling. This may seem counter-intuitive. In fact, for those who are Muslim or those of us who admire, appreciate, love our Muslims neighbors, friends and colleagues, this may even feel icky.

Doing so, however, allows us to speak to our audiences in a way that allows them to be their better selves.

I’ve been in countless focus groups where I have been able to see how this helps to calm people down – their body language becoming noticeably more relaxed.

In my work to promote alternatives to school suspension for kids acting out in class or other minor acts of misbehavior, we understood that many teachers would be resistant to a new approach.

By simply sharing examples of other teachers who voiced the same misgivings, we named and normalized the anxiety they were feeling, which allowed them to listen to a message with a more open heart.

The second strategy is to surround them with familiarity. Neuroscientist Gregory Berns says, “familiarity calms the amygdala.”

In my work to overturn a ban against lesbian, gay, bisexual and transgender clergy in the Presbyterian Church U.S.A., we featured straight, conservative messengers – people who were just like the folks who held the power to amend the church constitution.

Rev. Arlo Duba, who described himself as a “life-long conservative Presbyterian” proved to be a powerful – and trusted – messenger. When discussing his support to overturn the ban, he also appealed to shared values by referencing Galatians 3:28: “All of us who have been baptized into Christ have been clothed in Christ.”

Advocates had been working to overturn the ban for more than 30 years. After introducing new messages and new messengers, they were successful in getting a majority of church ministers and elders to vote to amend the Presbyterian Book of Order. In fact, the amendment passed in some surprising places – like Alabama, Georgia and Louisiana. Now, LGBT Presbyterians can be ordained as clergy.

There is no doubt that this is hard work, but change is possible. Those who came before us have shown us the way. One king stands out in my mind. He said:

Martin Luther King, Jr. had amazing insights into human nature – what makes people tick and how you can shape positive perceptions of people who are different from you. He used that understanding to develop strategies to elicit empathy and lessen fear to do what seemed like the impossible – end Jim Crow segregation.

In the second and final post in this series, I’ll talk about how storytelling is uniquely powerful at shaping attitudes and influencing behavior – especially about people who are seen as different. Stay tuned!

You can listen to Arun’s full story here: 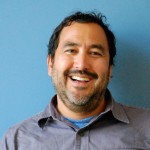